We’ve been in George Town for a week now and are just chilling out – well trying to. It’s pretty warm here and I’m just contemplating having a swim off the back of the boat.

If you’ve been watching our movements you’ll notice that we have just moved again today, back to our original anchorage. It’s just a case of going to the best spot to get the best protection for whatever wind is going to be blowing that night. The winds tend to clock round here so we’ve come back to our original anchorage as the winds are due to blow S, SE and SW for a few days. On Sunday they head N again and then it’ll be back to Sand Dollar beach where we spent the last few nights.

In fact we should have moved yesterday already but there was a pot luck dinner at the beach last night and we were keen to go.  It was great and we had a good time but what
a night! The wind picked up and there was not much protection from the swells that came in. So I spent most of night trying to sleep on the couch while Lance bounced around in the bedroom!

And I have to say that my whole psyche is changing – I’ve always been a night owl but on this trip I seem to be so often longing for 6am and daylight!

We also listen to a weather bulletin every morning at 6.30am so it’s always an early start. No wonder we’re exhausted by 8.30pm! 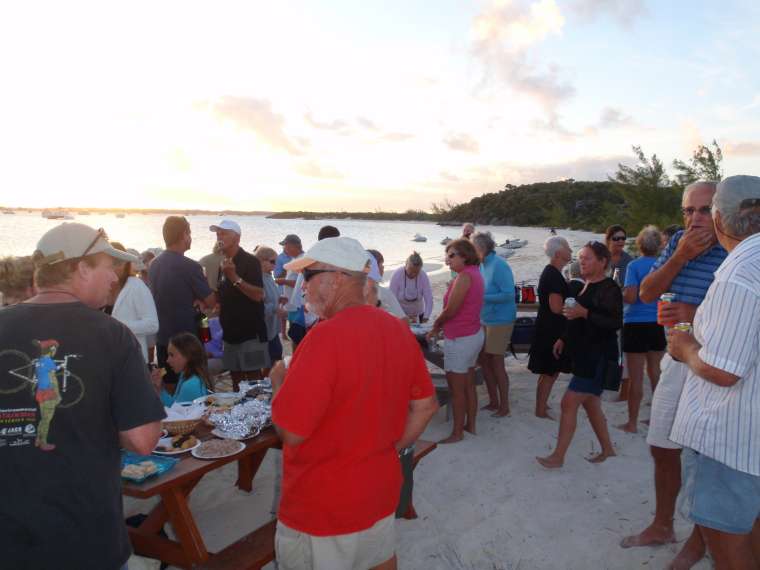 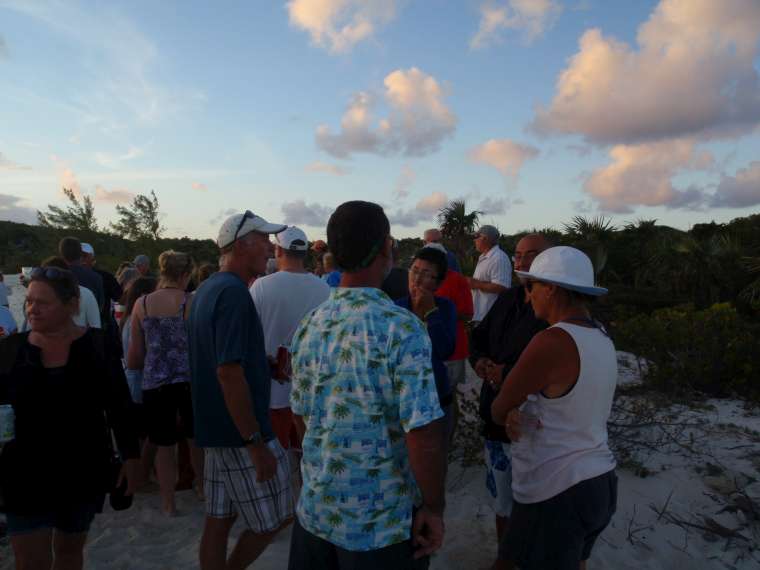 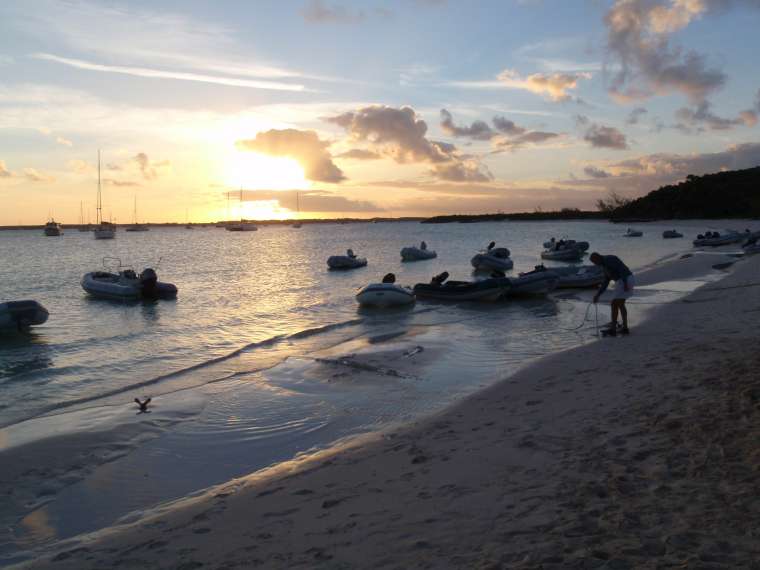 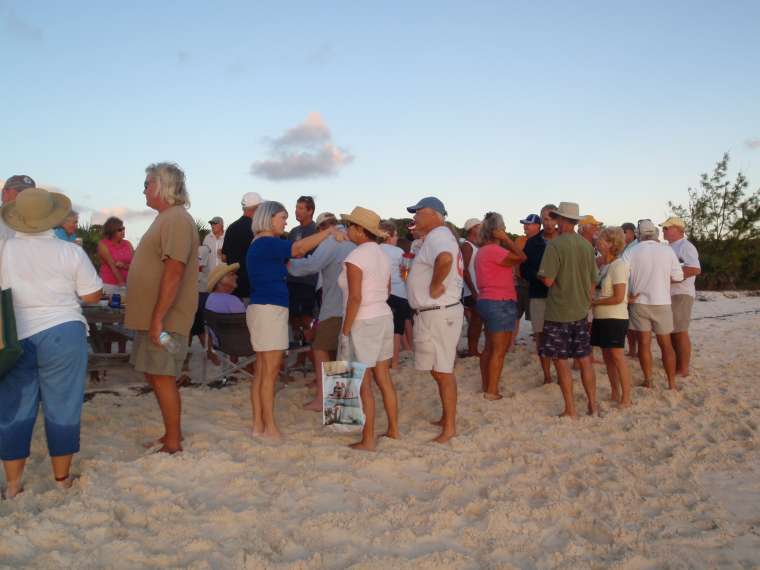 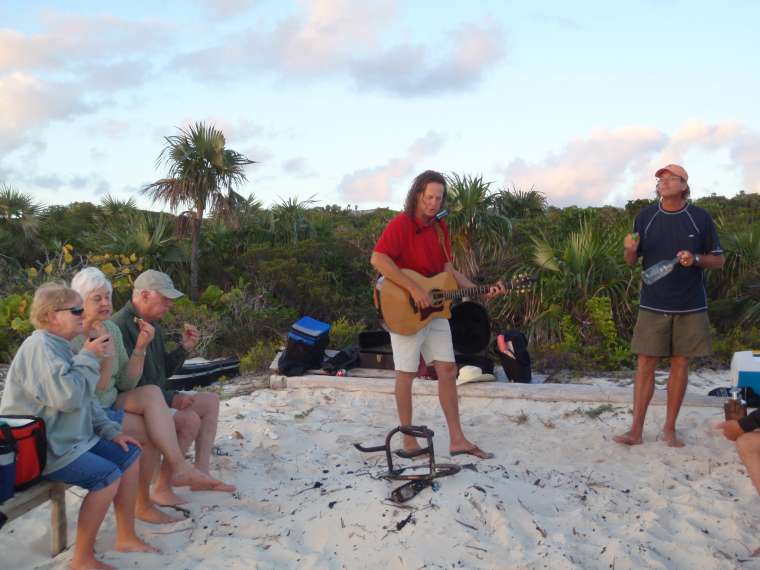 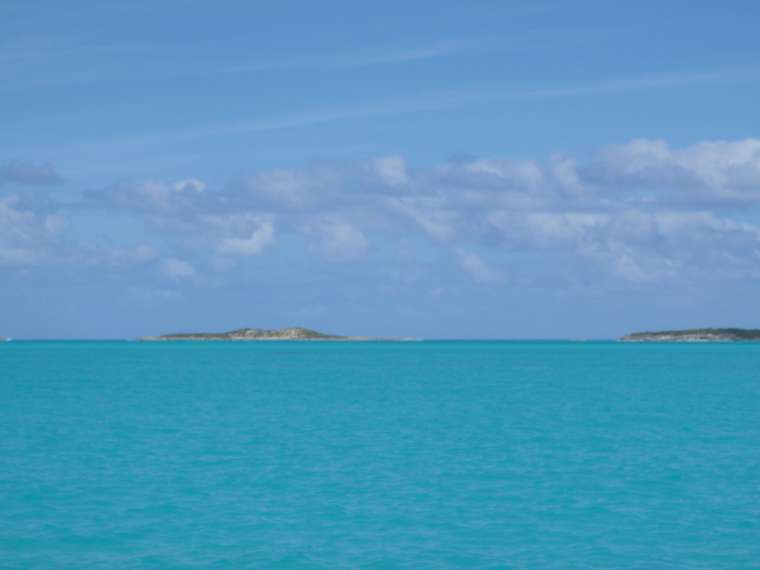 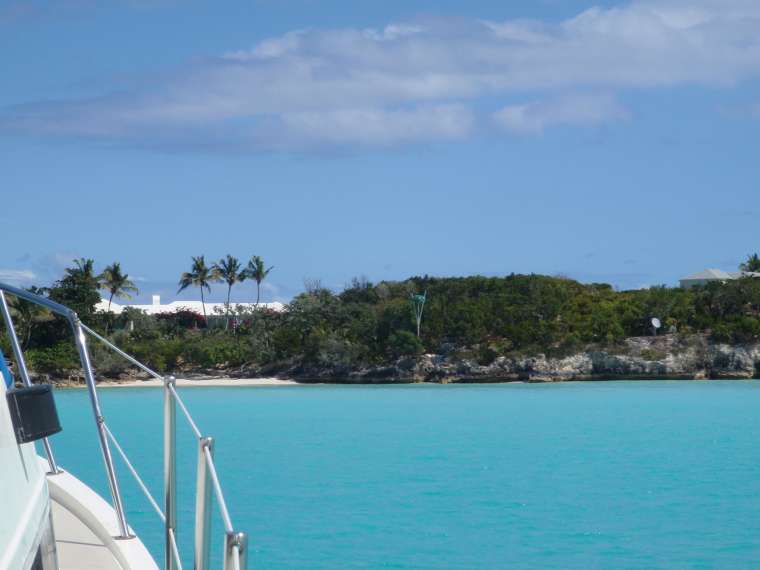 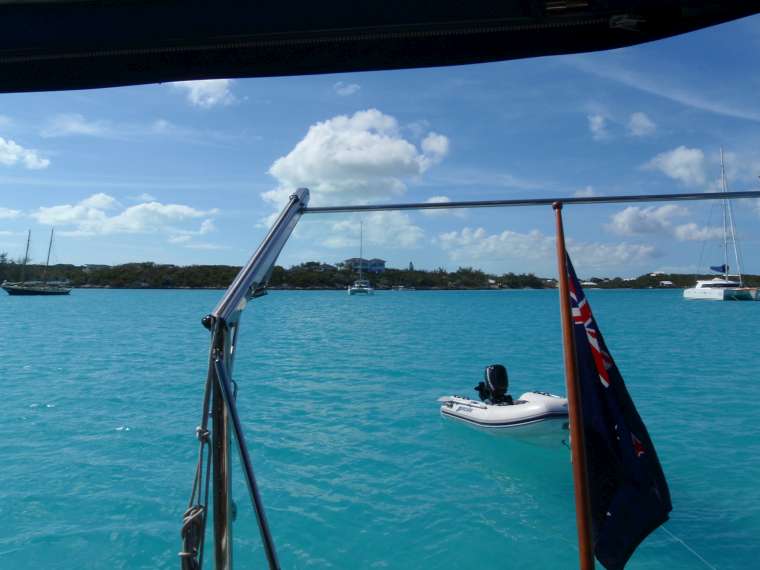 Anyway back to the pot luck dinner – it’s amazing what lovely finger foods can be conjured up on boats for these occasions. It was also wonderful to catch up with both old and new friends. We met up with Mik and Joe from Asian Lady – we met them way back in Elizabeth City on the ICW. We also reunited with Nancy and Graham from Finnesterre – we were in the marina next to them in Nassau and Susan & John from Smooch with their dog Checkers. We met up with them at Staniel Cay. She said that after we’d left Staniel Cay, Checkers kept wandering back to the dock where we’d been – perhaps he liked the children.

Arthur and Mamiko from Matane have also been in George Town for a few days and were anchored right behind us last night. As we decided to move today we have had to do a rain check on a Japanese dinner they were going to share with us tonight.

We are all still here for another week though so we’ll no doubt touch base again.

In addition to the food and camaraderie last night there was also some music provided by two cruisers with guitars. We were the last few to leave the beach and they were still going strong.

Another dinghy ride in the dark back to the boat – but all went without a hitch. Although the suction cup end of our dinghy light went missing somewhere – however we went looking for it this morning and found it easily.

There are only three other boats in this lovely secluded bay and we’ll soon be heading to shore for walk.