Firstly – HAPPY EASTER to everyone who reads our blogs!!

A few days ago it was a beautiful day – hot, sunny, cloudless and windless. So we thought we’d take Amadink for a little ride up the ICW and have lunch at a waterside restaurant just beyond the next bridge.

So we started with a short trip to have a look at the Tiki bar just south of us. We had had dinner there when we first arrived in Riviera Beach and really enjoyed it. Unfortunately there was no place for dinghies to tie up to so we moved on.

Back we went, past New Port Cove Marine Center where we are currently tied up and headed further north. Mary had inquired from the office about waterside bars and restaurants and was told that there was one just past the next bridge. Northwards we continued. Never mind that the next bridge was nowhere in sight!!! We’ll just get to the next bend/next small islet/next rock outcropping and then see. Well, after what seemed a long time there was still no bridge in sight!!!

Naturally, being in a protected marina on the protected ICW waters we hadn’t bothered to look at the charts an neither had we looked at the weather report!!

By the time we turned around, never having even seen the bridge, the wind had piped up considerably. I know that I had looked at Windfinder the day before and the report was for 10 knot winds.

I knew that the wind that we were now experiencing was way in excess of 10k coming from the south!!! The tide was also ebbing!! So we had a wind against tide effect. Now, those of you that have been reading this blog regularly will know that I have detailed the effects of wind against tide. Suffice it to say that we got WET returning back to our marina.

We did stop off in the lee of Peanut Island for a couple of hours where we dried off and baked in the sun and actually had a great time!

Returning to Amanzi we found that the next bridge was about 3 1/2 miles north of us and the wind report recorded 20, gusting 25, knots while windefinder was still forecasting 10-14!!!! Story of our whole trip!!

Since then we have been lazing around – cleaning the boat and getting some boat chores done.

We can’t believe that we’ll be winging our way home to New Zealand in 8 days time!!

Then it’ll be our youngest daughter, Shannon’s wedding. Guess I’ll have to prepare some kind of father of the bride speech in the next few days 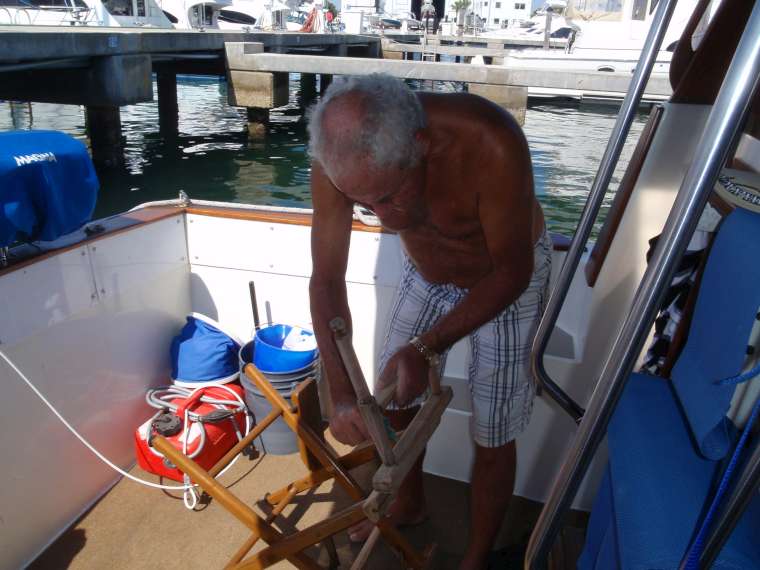 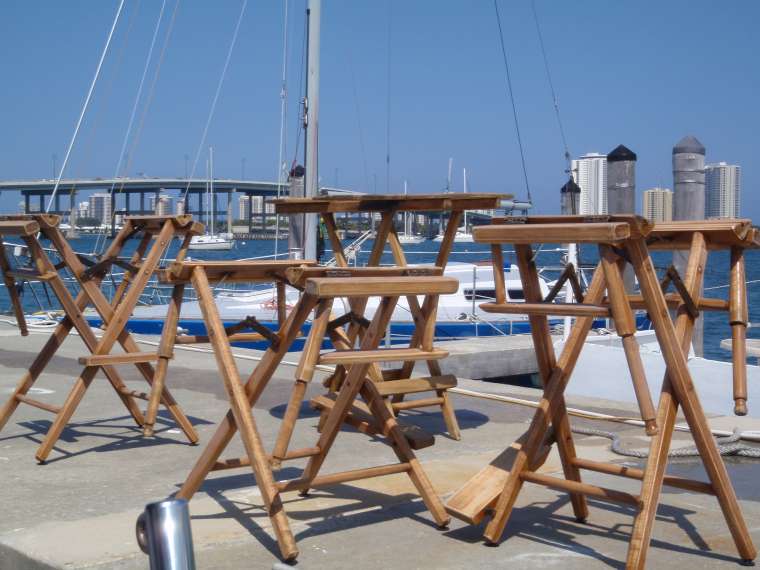 Caption
It's amazing what the Bahamas sun di to the woodwork! 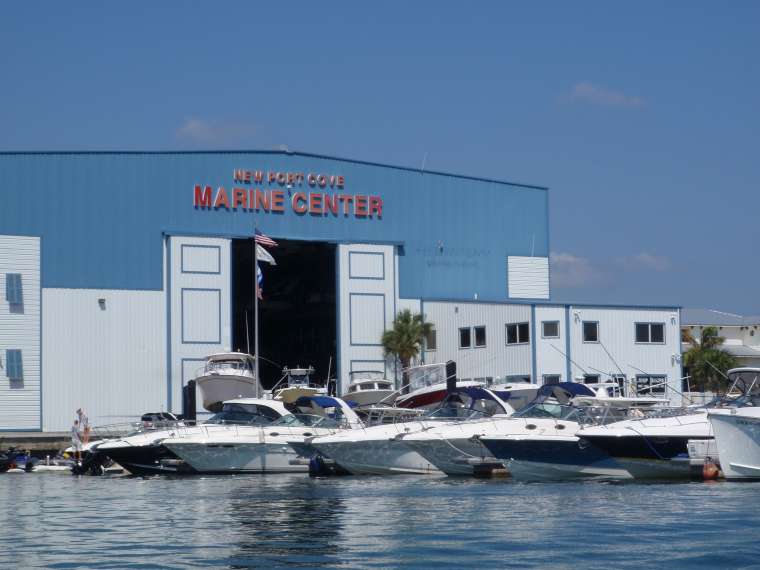 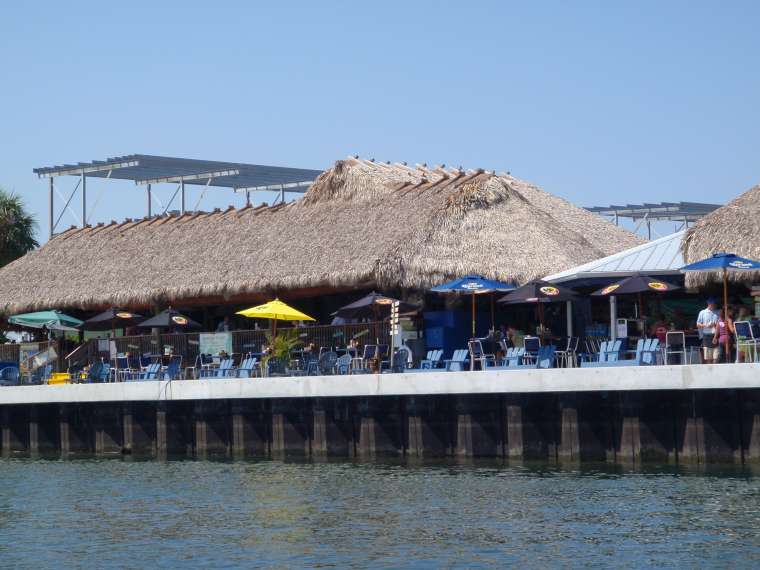 Caption
Tiki Bar - no place to tie up dinghy :( 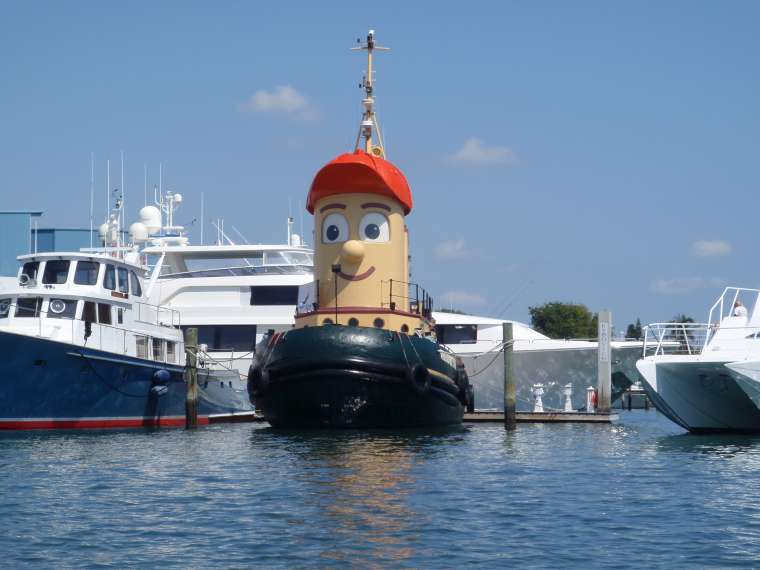 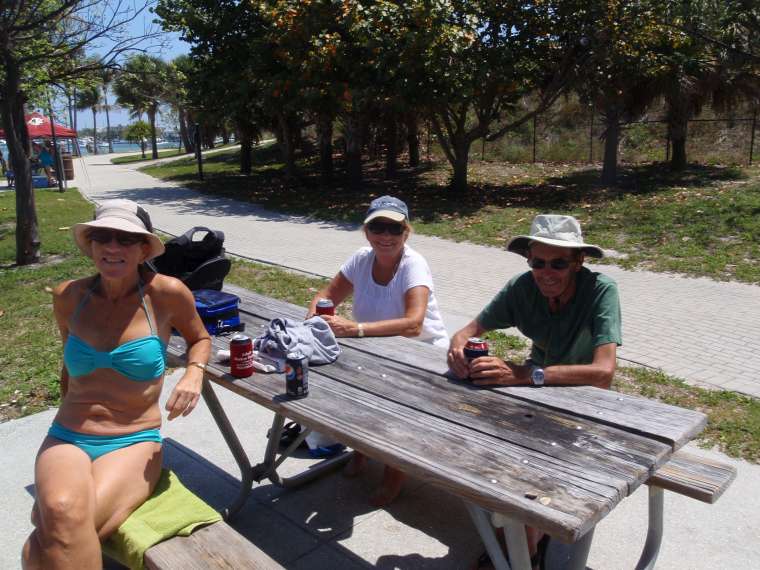 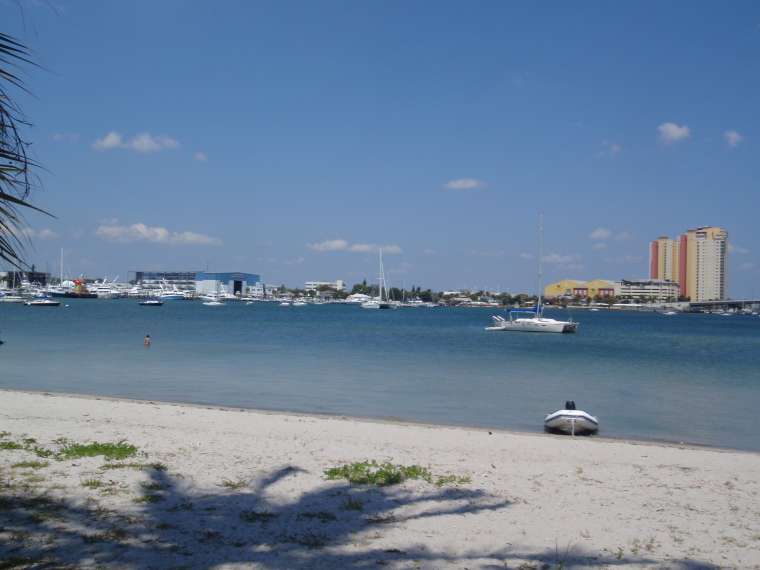 Caption
Without the wind - a perfect day 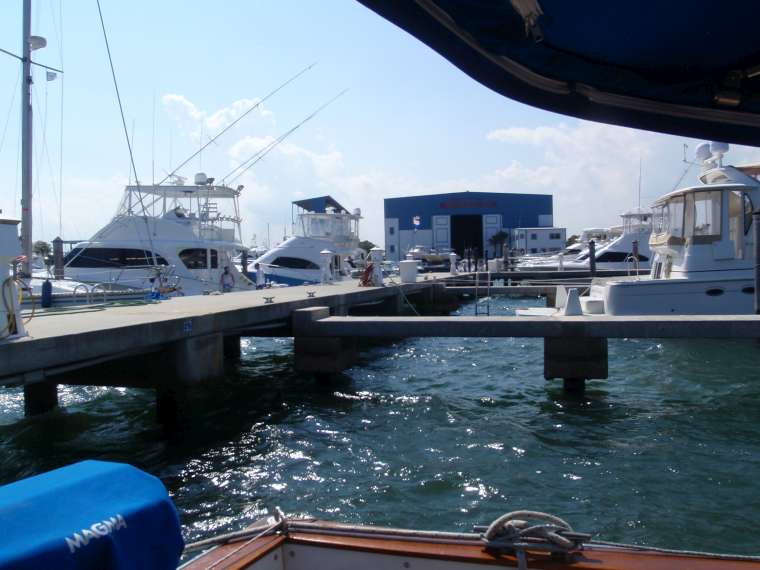 Caption
But see the wind-generated waves inside the marina
PreviousNext
This entry was posted in Going home. Bookmark the permalink.