Well we were all smiles yesterday morning as the two catamarans of teenagers cast off their lines and headed out. Last night there were only a couple of boats left in the marina and no one at all on our dock. It was all very peaceful.

But not for long……. the two party boats arrived back this afternoon and yes, you guessed it, they’re having a party! But it’s not really all that bad – in fact I have to say that we’re quite enjoying their music.

Yesterday morning Lance and I went off to extend our visitors visas which were due to expire on 23 March. As we’re waiting for a weather window we knew we wouldn’t get away before then. At this stage Saturday still looks like the best day to cross back to the US.

We also filled Amanzi’s diesel tanks so we’re now ready to leave as soon as all the weather boxes are ticked.

We spent the afternoon at the beach, catching some more sun – the weather back home sounds pretty mis so we’re making the most of the sunshine.

Alice Town, where we’re at, is on North Bimini island and today we took the 5 minute ferry ride across the water to South Bimini. Here we visited the Fountain of Youth. Lance pulled a bucket of water up from the murky depths of the fountain but couldn’t quite get that long, deep drink he was after – the bucket was old and rusty and the magical water leaked out as fast as he could raise it! However, we’re hoping that just by going there and peering in, that some of the eternal youth properties floated our way. Wishful thinking perhaps?

We had lunch at Bimini Sands Resort – another marina that has condominiums attached. It’s very nice and protected there but there is really nothing else. So we’re happy to be located here in Alice Town.

And I know that some of you will really be drooling when I say we bought another 12 small lobster tails tonight. We have 4 weeks left before we return home and who knows when we’ll ever have lobsters again. So we’re making the most of them. :-) 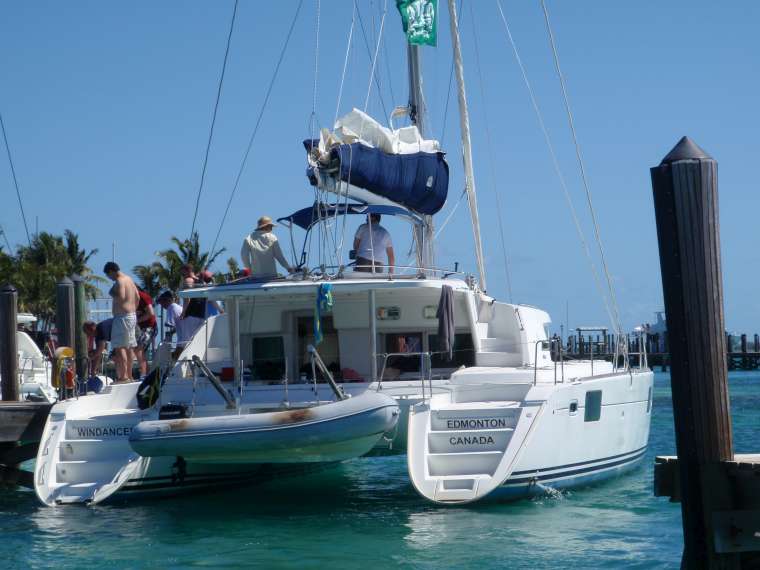 Caption
One of the party boats leaving yesterday 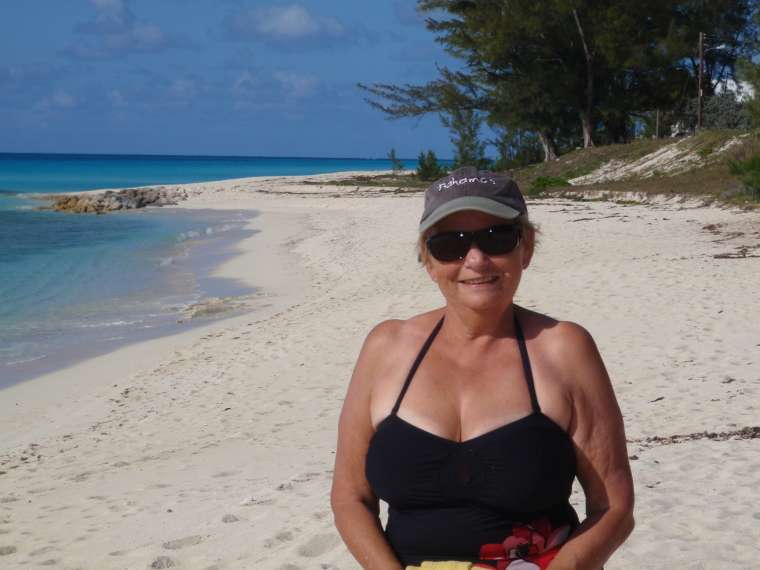 Caption
Estelle soaking up some sun 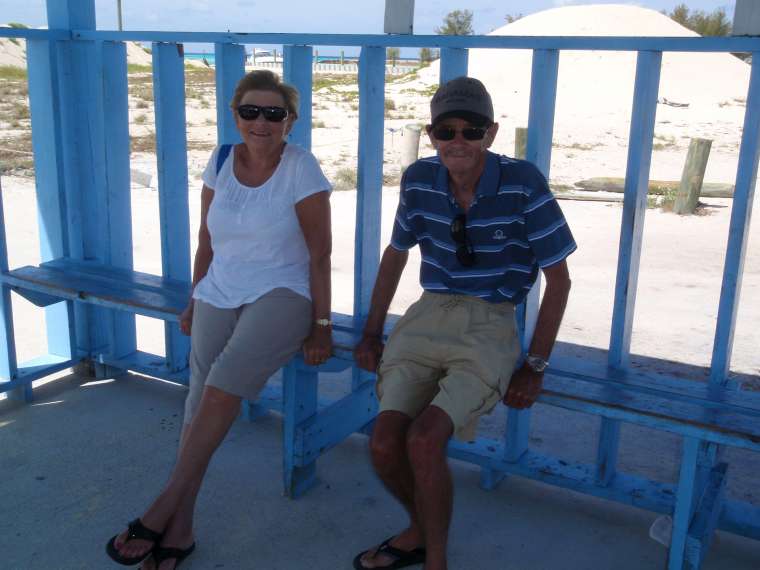 Caption
Waiting for the bus after the short ferry ride 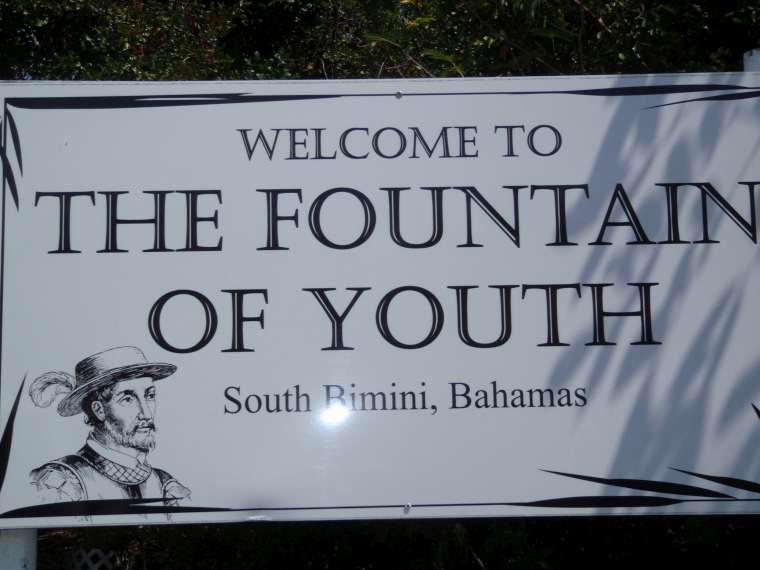 Caption
The Fountain of Youth 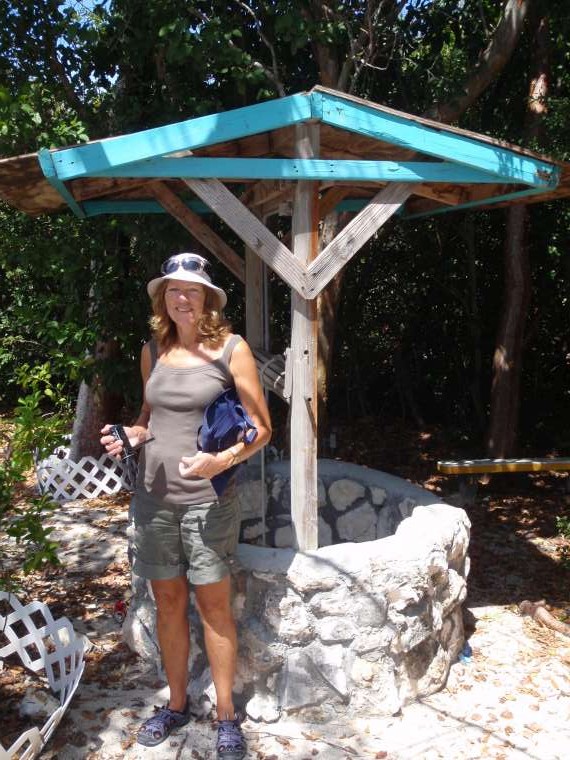 Caption
Hoping for some fall out from the Fountain of Youth 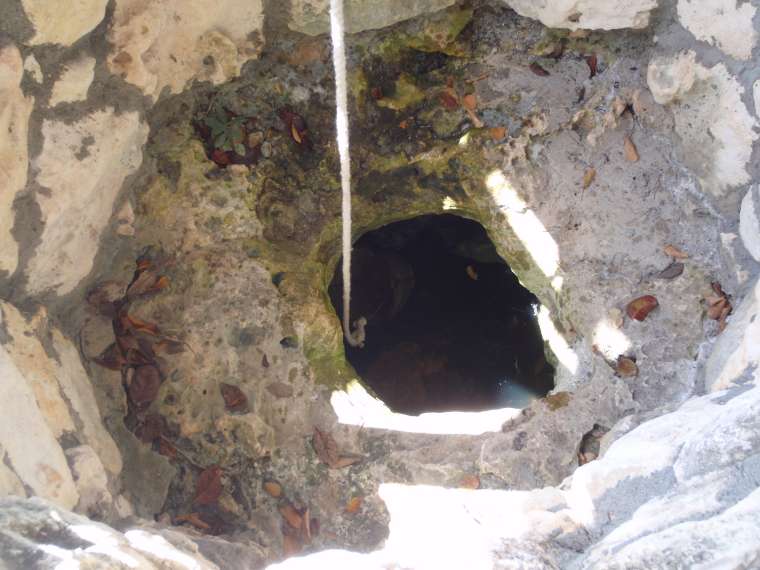 Caption
Looking down into the Fountain of Youth 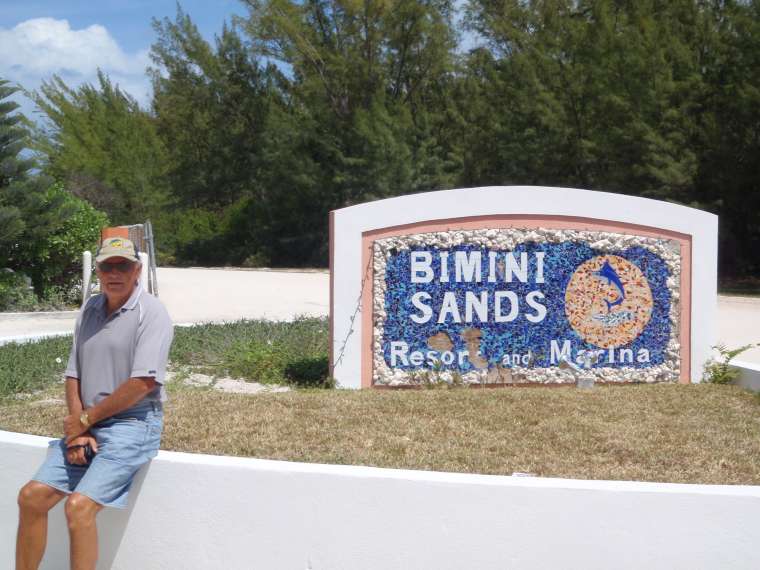 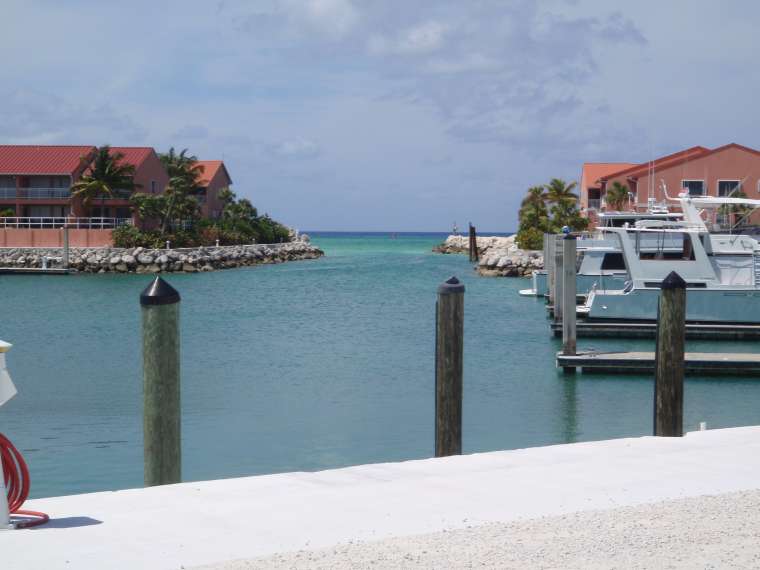 Caption
The channel out to the Gulf Stream 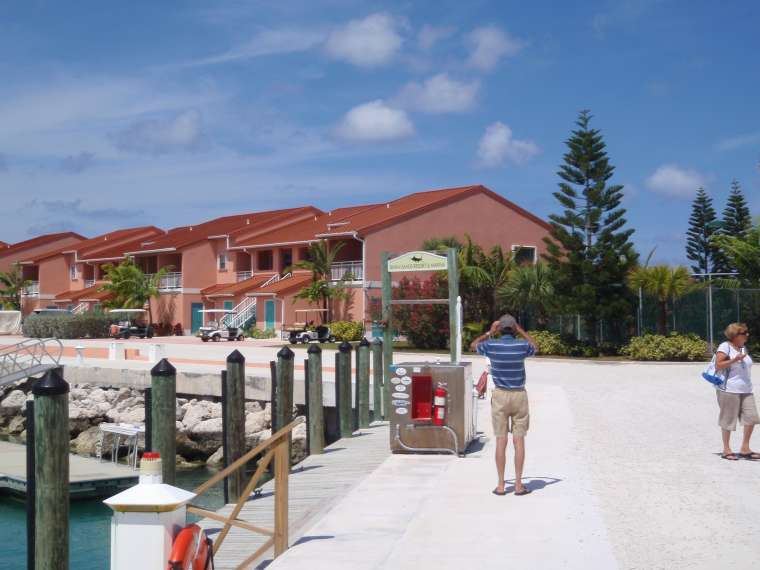 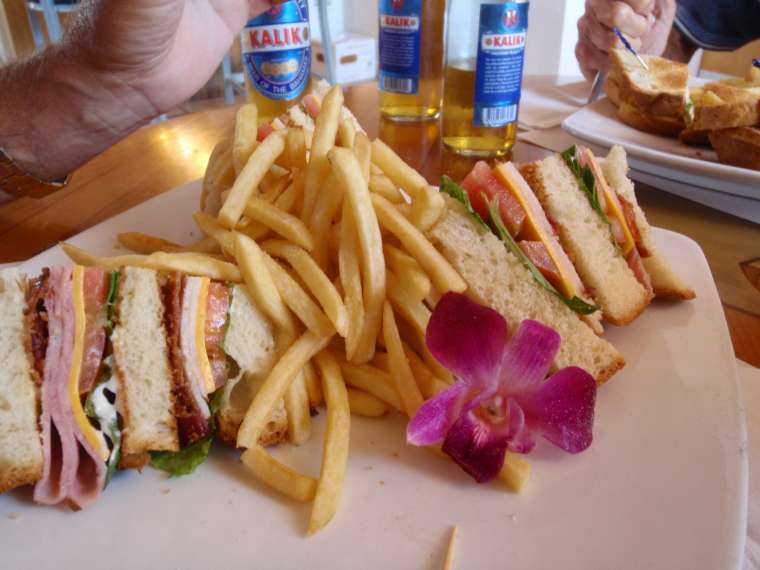 Caption
Lance's edible flower - I don't think he ate it! 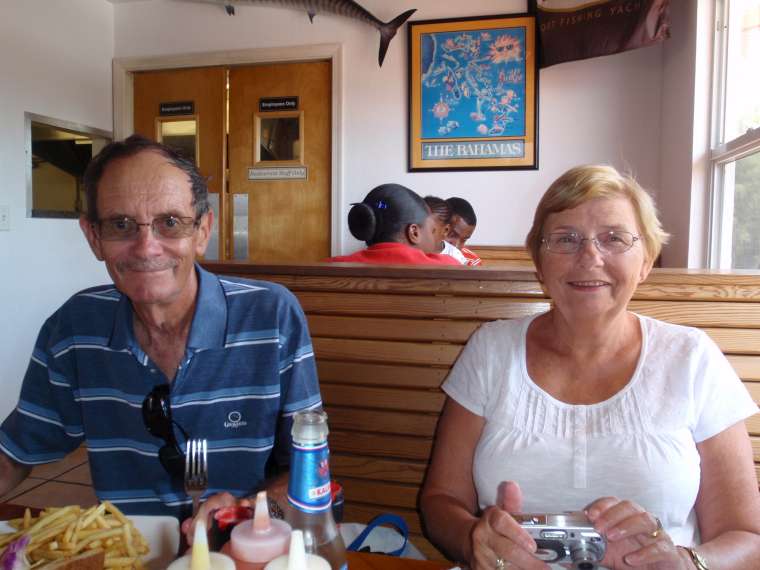 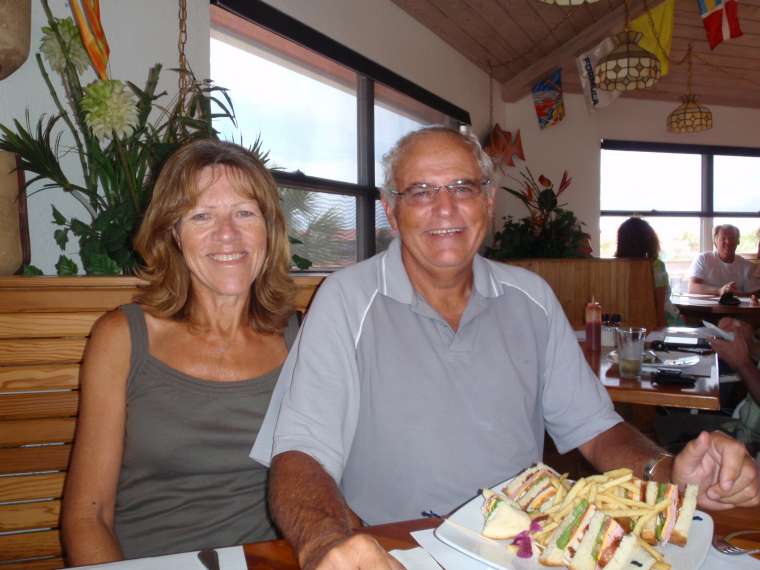 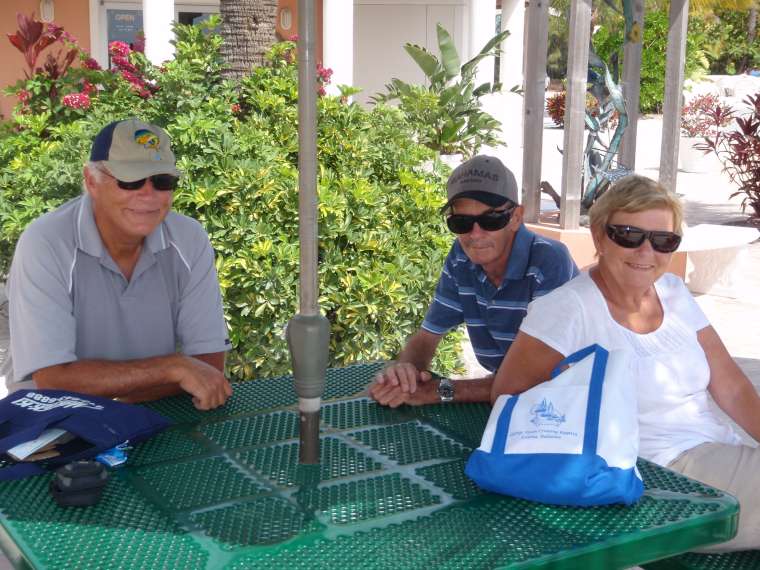 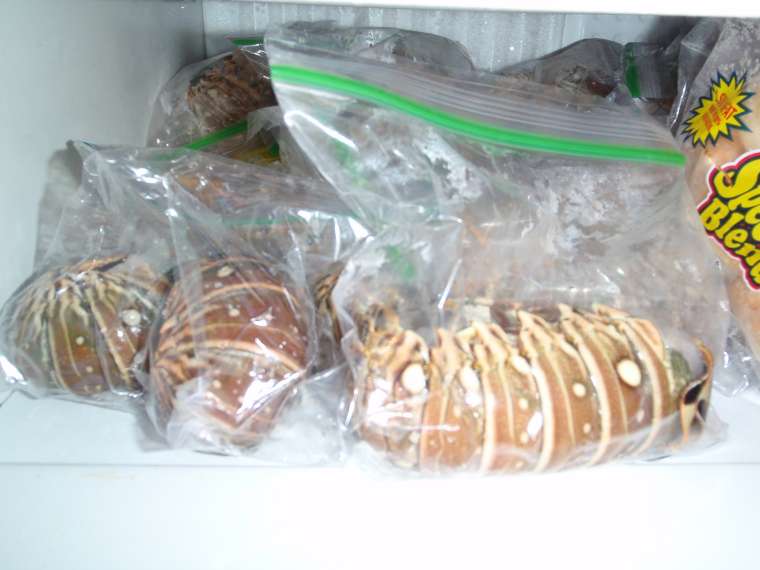 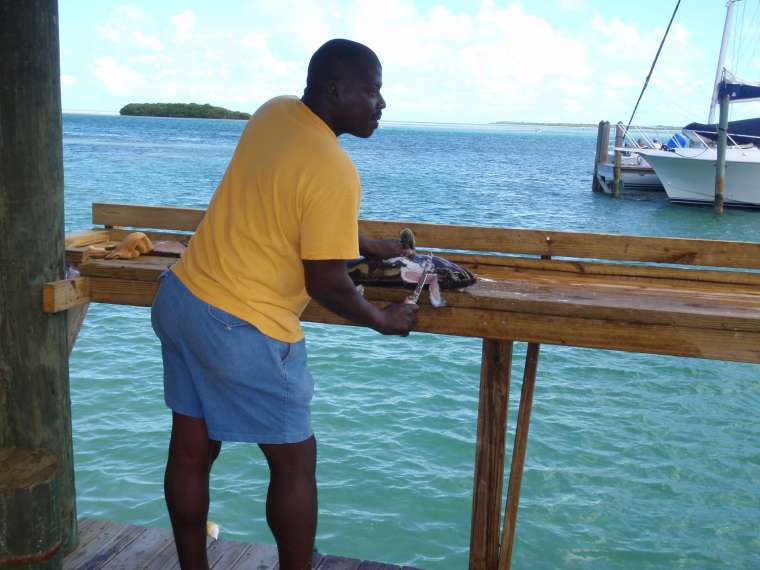 Caption
A local Bahamian cleaning fish in the marina 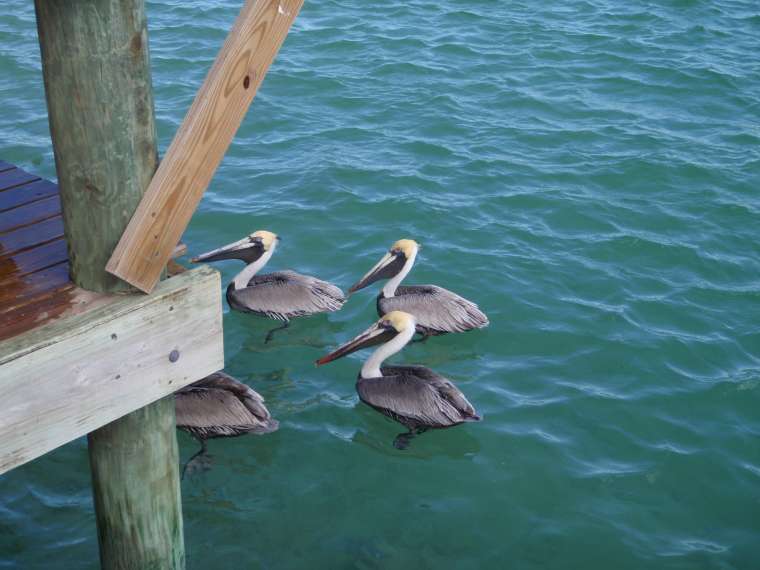 Caption
The patient pelikans waiting for a morsel
PreviousNext

Oh yes I forgot to mention that an Australian boat also arrived in our marina this afternoon so we’ll make a point of trying to catch up with them tomorrow.