Well, as you can see from our map track we are at anchor off Chub Cay. We had a good trip from Nassau with 15 knot NE/E winds and a 3-5 ft swell on our starboard quarter (right bum for the non-nautical readers). It was quite rolly so we drove from the lower helm station and it was really very pleasant.

We passed John and Jane from Explorer II as they had left earlier and we met up again at Chub Cay where they also anchored out. We all dinghied in to Chub Cay Marina and walked around to the “resort” which is in a very sad state of non-completion and disrepair and not functioning. However, the fresh water pool was very inviting and we all enjoyed a great swim.

On the way today a fish took our lure and just ran and ran and ran with it. I saw my line disappearing from my reel at a great rate of knots and decided to tighten the brake to try to turn the fish. Whatever it was, it just kept running and eventually the line snapped

Anyway this is another perfect anchorage and we will head across to Bimini tomorrow. 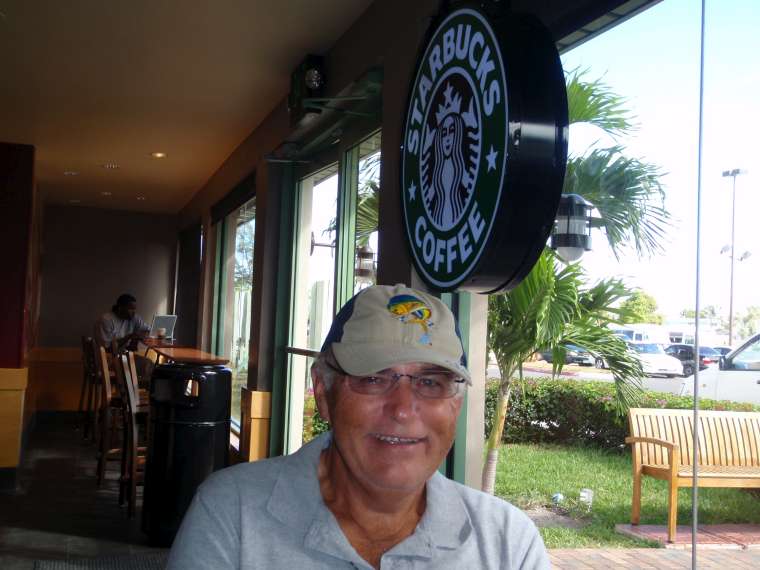 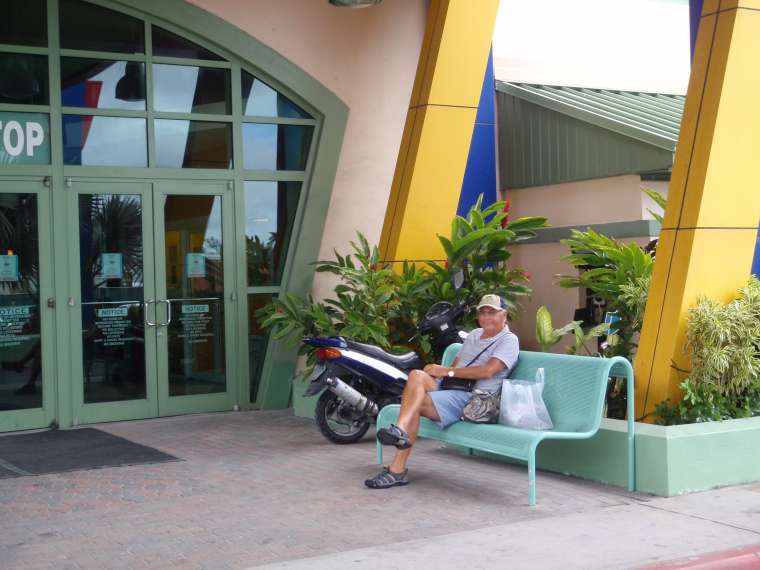 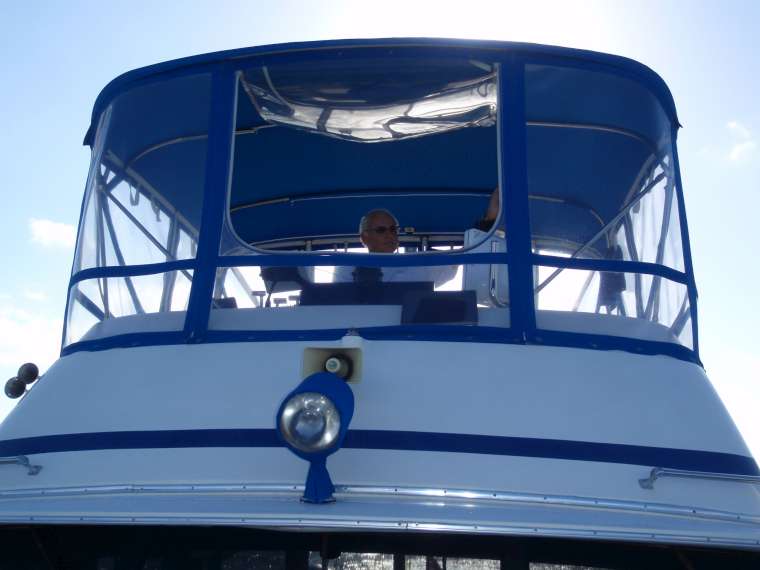 Caption
Heading out of Nassau Harbour 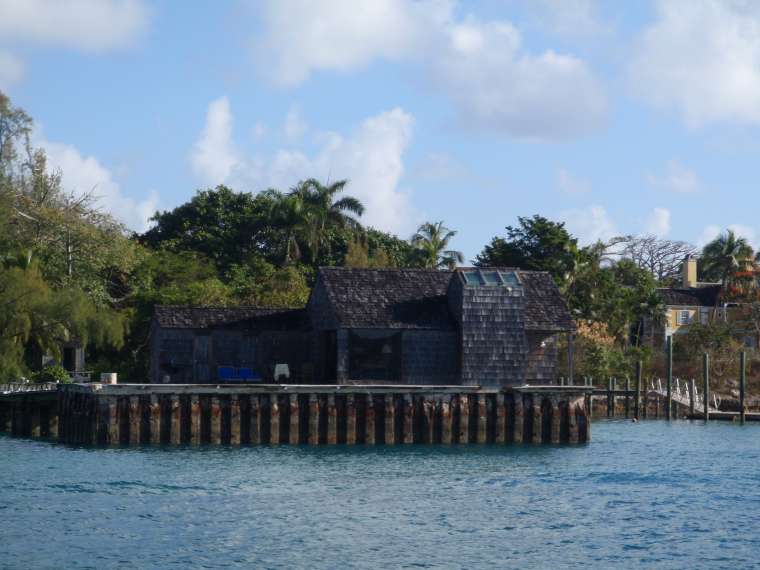 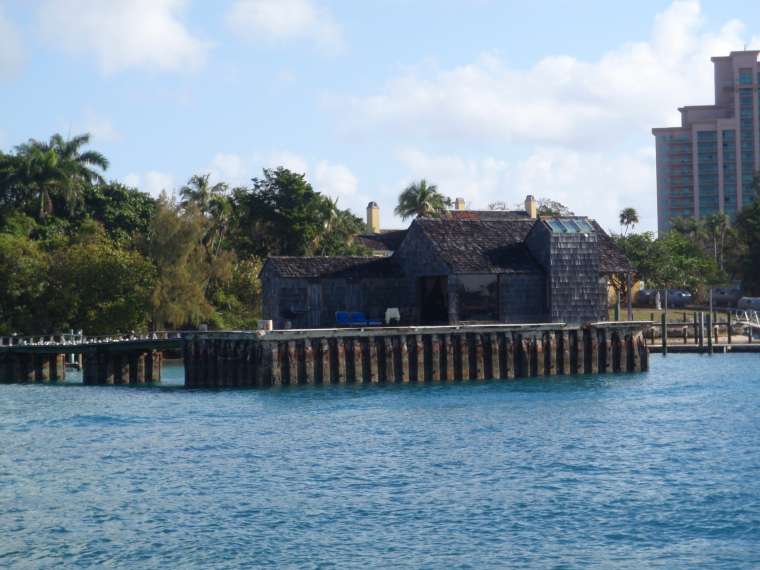 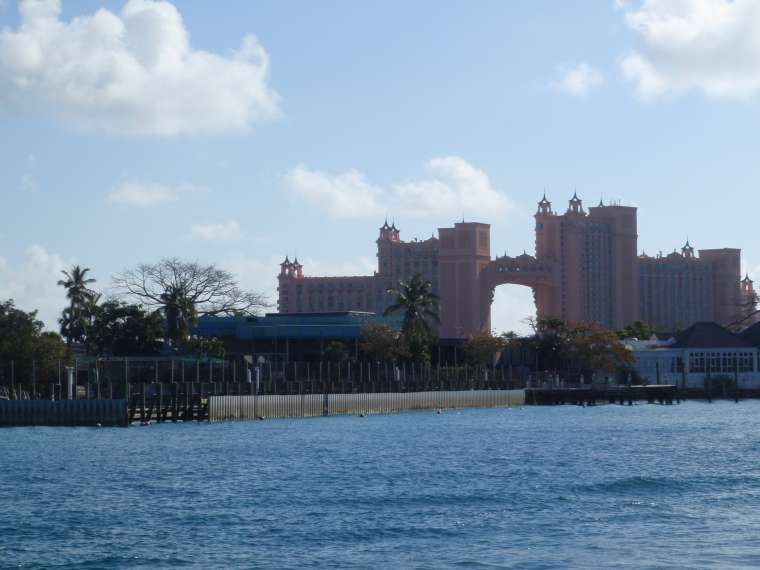 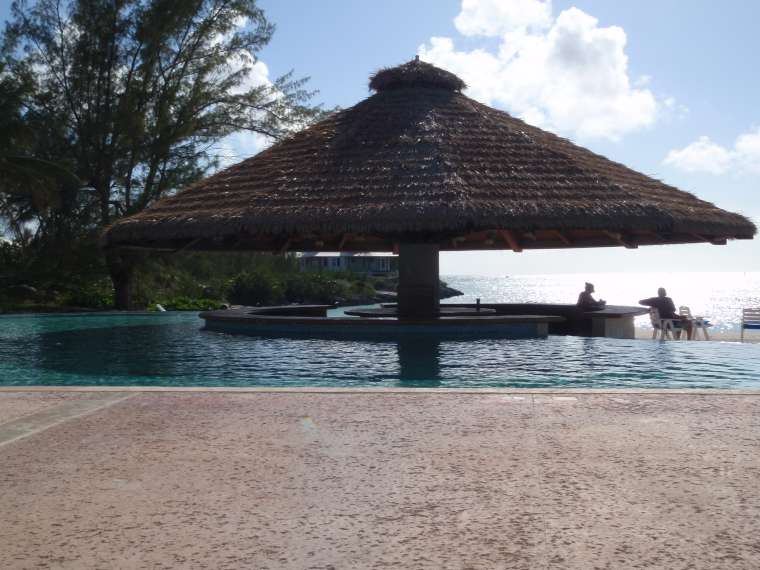 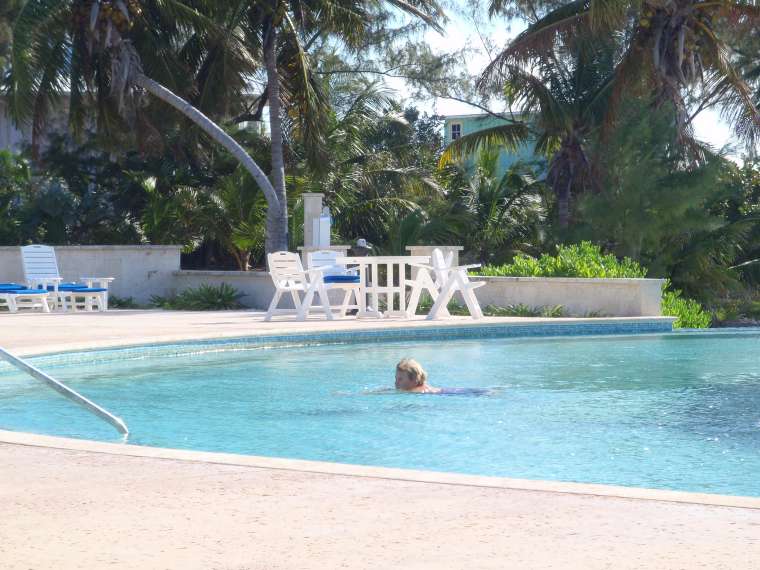 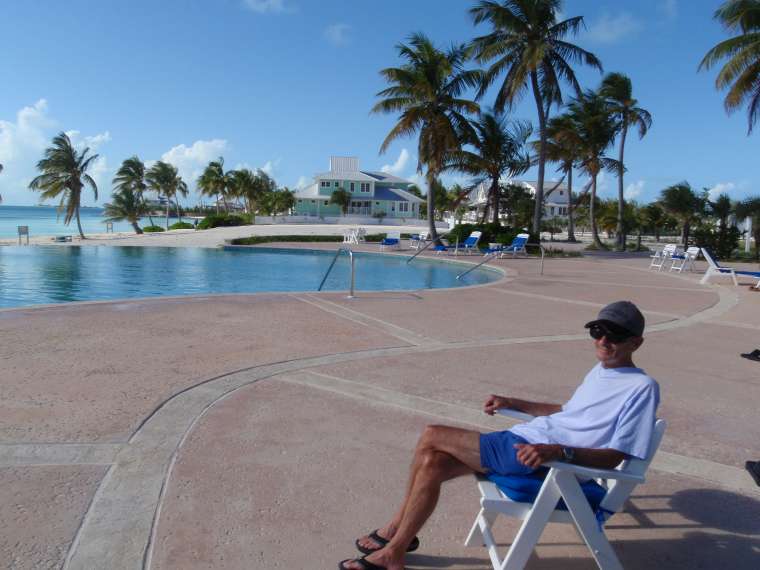 We went to Marathon Mall for some shopping – retail therapy, as some would say – and then into Nassau for the final souvinir shopping. So, Mary wanted to go her own way and I went elsewhere. We had arranged to meet at an ice cream parlour after an hour. Well, both Mary and I had very different ideas of WHICH ice cream parlour!!! So there I was waiting at one and she at the other. Of course, the heavens also decided to open and allow the God’s tears to fall down upon us. The poor tourists from the 5 cruise ships were all totally soaked including those on their hired scooters in the pouring rain!!

So, time passes and no Mary!! So I head off to the straw market to see if she’s there – no Mary, Then off to Sbarro Italain restaurant where we had previously had a meal – no Mary. Back to the Ice cream parlour – no Mary. The an ambulance goes screeching by with siren blaring. Oh no, has something happened to Mary??? Then a police car!! Still no Mary.

So I decide after 1 1/2 hours to see if she has returned to the boat. Catch a jitney bus. So sloooooow as it’s now rush hour!! Get back to the boat. No-one there. Head back to town. Waiting, waiting for bus!!! Talk to another Bahamian.  I suggest I’ll try to hitch. He says no-one will stop to pick me up. Maybe in the islands but not in Nassau.

Eventually it arrives! Quicker trip into town – no traffic going in. Back to ice cream parlour, Sbarro, straw market. No Mary!! Now what??

Decide to head down towards cruise ships to see if she may be waiting where the bus dropped us. Round a corner! Relief

there she is!!! waiting for me. Every dark thought, worry and emotion has overtaken me but the sight of her and the relief I felt was indescribable.

So, what happened?? Simple really – different ice cream shops and no plan B!!!!!

This entry was posted in D - Bahamas. Bookmark the permalink.